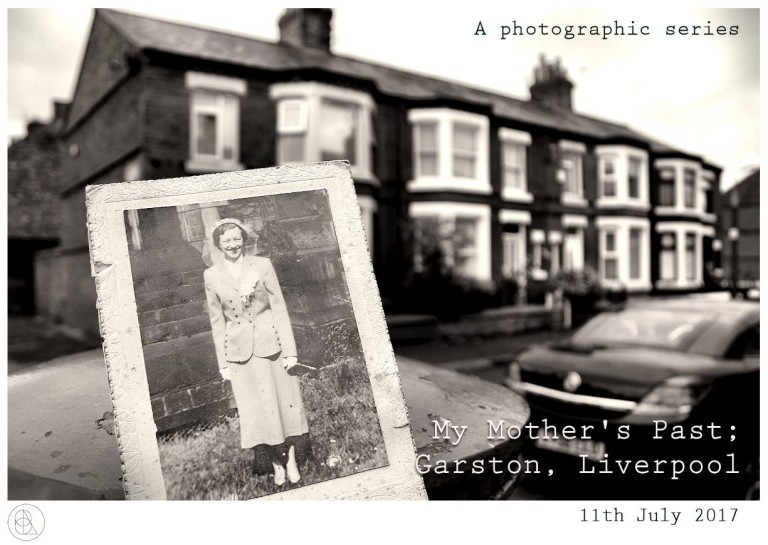 “My Mother’s Past. A short photographic series of Garston Liverpool, 2017”

On Valentine’s Day 2007 I, and most of my large family, witnessed my mother’s coffin laid delicately into the ground. She was 71 years old. Her funeral service was held in a tiny rural village of West Norfolk UK called Gayton Thorpe, a village that she called home for the previous 30 years or so of her life.

However, my mother Jean Eke was not Norfolk born-and-bred, but rather settled there to ultimately meet my father and start a new, more rural chapter of her life. She was actually born on the other side of the country, in the city of Liverpool on Thursday February 21st 1935, to a loving working class family.

As I stood there watching her coffin disappear into the cold ground in 2007 I made a silent promise to her that I would honour her struggles and hardships in life by one day going back to her birth home in Garston, Liverpool. On 11th July 2017, the tenth year after her death, I grabbed a camera and did just that. I searched for – and found – her childhood home for the first time.

This is my series of photographs from that unseasonably rain-soaked, humid and stormy journey around North West England.

All photographs taken in Garston, Liverpool UK on 11th July, 2017.

Four shots from this series are now in the Street Photography section of my Portfolio here;
http://www.barringtonarts.com/portfolio-item/street-photography/

Self Portraits and Promotional Images