“Over the years I’ve managed to capture a variety of my own exhibitions, appearances, experiments and basic rambling or sketchy exercises. Some are matter of fact and some are, perhaps, ridiculous and drink-fuelled. But…there you go.”

A brief film of the 2014 UK exhibition of Phil Barrington’s “FEMALES (in life & with death) series of mixed media photography prints. At King’s Lynn’s Hanse House venue (the Hamburg Gallery, above the Rathskeller) in East Anglia.

A short film documenting Barrington with his photographic gallery exhibitions in 2009. Features behind-the-scenes films and footage from Greyfriars Art Space in King’s Lynn and the exhibition opening nights at Cambridge Galleries and Norwich Playhouse Galleries.

This is the trailer for Vodcast #1 ‘Distressing Methods’ (Dec 2008) for the old website. This is actually much better than the finished vodcast. Less is more, and all that.

If all the above is not total overkill for you, then visit the Barrington Arts Youtube Channel for many more short films.

“Sound is very important to me – especially a sound installation in an art gallery setting (if I have the option) complimenting the works on display. An all-round multi-sensual experience designed to haunt the brains of gallery visitors and tease out traces of memories. Medical professionals do it for alzheimer patients as Recollection Therapy, but I like the idea of us all reaping the rewards of that. Our good memories start from having a multi-sensual experience, don’t they? So to get back to memory origins as fully as possible is something I like the idea of.”

In April 2015 ICB Project (Phil Barrington’s sounds moniker) recorded an EP with the highly-skilled musicians Catherine Brooke and Philip Anderson, within their own rural recording studio in Eastern England. The results of these sound experiments, including tibetan throat singing, piano and violin explorations, field recordings from the Norfolk wilds and found sounds became the ambient soundtrack loop for Barrington’s “FEMALES II (with love and in death)” exhibition. 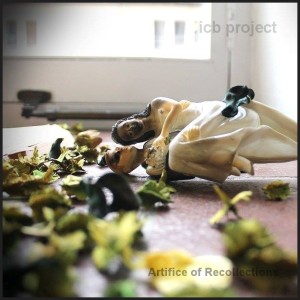 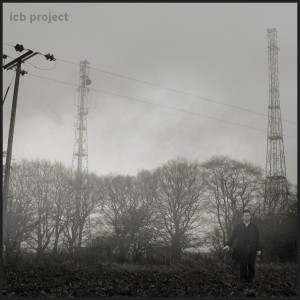